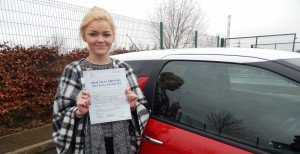 The turn in the road could be dropped from the UK driving test as part of biggest update to the exam in 20 years.

Under a revised practical exam, learners may also be asked to use a satellite navigation system instead of following road signs.

About 1,000 learners will take part in a trial of a new practical exam.

The Driver and Vehicle Standards Agency said any eventual changes would be subject to full public consultation.

“We are carrying out initial research to explore how the driving test could better reflect real-life driving,” said a DVSA spokesman.

The DVSA is an agency of the Department for Transport and sets the standards for driving and motorcycling in the UK.

The theory test was introduced in 1996 and a section where motorists are asked to find their own way to a destination – aimed at assessing “independent driving” – in 2010.

Under the other changes being considered, drivers may no longer need to reverse around a corner.

The DVSA said drivers on test in Scunthorpe may instead be asked to focus on more realistic everyday manoeuvres, such as reversing out of a parking bay, or re-joining the flow of traffic from the side of a road.

But reverse parking – either into a parking bay or parallel parking – would remain as one of the manoeuvres candidates could be asked to perform, a spokesman said.

The two vehicle-safety questions are currently asked at the start of the test. In future, one these may be asked while the candidate is driving. The DVSA said a candidate, for example, may be asked to show how they would operate the rear heated screen while driving.