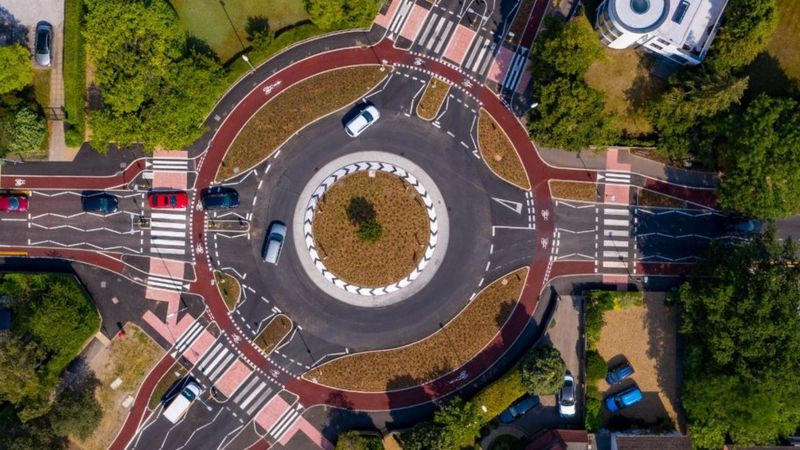 The construction of a new roundabout does not often make national headlines, but one in Cambridge that gives priority to pedestrians and cyclists has done just that. So why all the fuss?

The Fendon Road roundabout is the UK's first and so-far-only so-called "Dutch-style" roundabout. Situated near Addenbrooke's and Papworth hospitals, it was built by the county council in an attempt to improve the safety of its predecessor, which had seen 12 collisions between cars and cyclists between 2012 and 2017.

But within a few days of its opening in July, it had to close temporarily after a hit-and-run driver crashed into a zebra crossing beacon.

In the national press, it was dubbed a "£2.3m 'cyclist killing zone'", while one columnist argued it would "only intensify the war between cyclists and drivers".