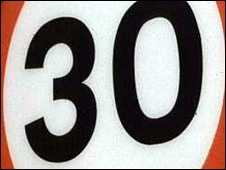 The difference of a few miles per hour can mean the difference between life and death. The faster someone is driving, the less time they have to stop if something unexpected happens.

If you kill someone while speeding, you will have to live with the long-term emotional consequences.

Speed limits are there for a reason!

Driving too fast for the conditions is bad driving
Driving too close to the car in front, undertaking and failing to signal are widely accepted as examples of bad driving. However, some drivers fail to accept that driving too fast is also poor driving despite the fact that this is a contributory factor in hundreds of deaths and thousands of injuries every year.

Don’t assume it’s safe to break the speed limit on rural roads because there is less traffic or an open road ahead
Be aware that there may be unexpected hazards, such as blind bends, vehicles coming out of junctions and animals on the road.