The Highway Code is essential reading for learner drivers (especially if they are revising for the theory test) and full licence holders who want to drive 'correctly' and stay on the right side of the law.

The first edition was published in 1931 in a bid to reduce the high number of fatal collisions. In that year there were 2.3 million vehicles on the road and 7000 people were killed in road traffic accidents.1

The reduction in fatal road traffic collisions after 1931 is not entirely due to the introduction of the Highway Code. The driving test - introduced in 1935 - was one of the biggest drivers of change. Others can be seen in the chart below. But despite only costing the equivalent of 37.5p, it forced drivers to obey the rules of the road, at least until they had passed the test! 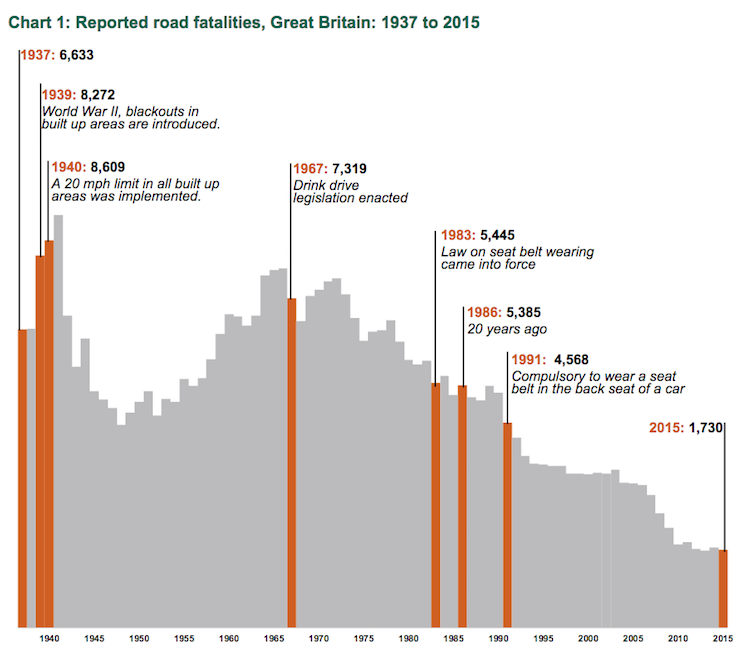